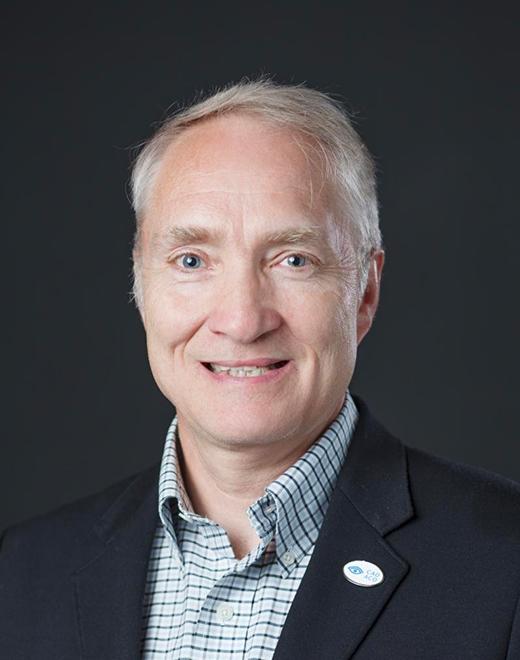 Dr. Harry Bohnsack practices in Fredericton, NB along with his wife and partner Dr. Paula Steffler. A UWSO graduate, Dr. Bohnsack started his practice in Oakville, ON. He relocated to Fredericton NB where he has practiced for close to two decades in a full-scope setting. Dr. Bohnsack has served the NBAO as Media and Public Relations Chair for many years, as President from 2003-2005, and currently serves as Government Relations Chair and CAO Delegate. His other interests include music, travel, languages, books and gardening. He has been a member of Rotary for 25 years and has served in various capacities including club president. 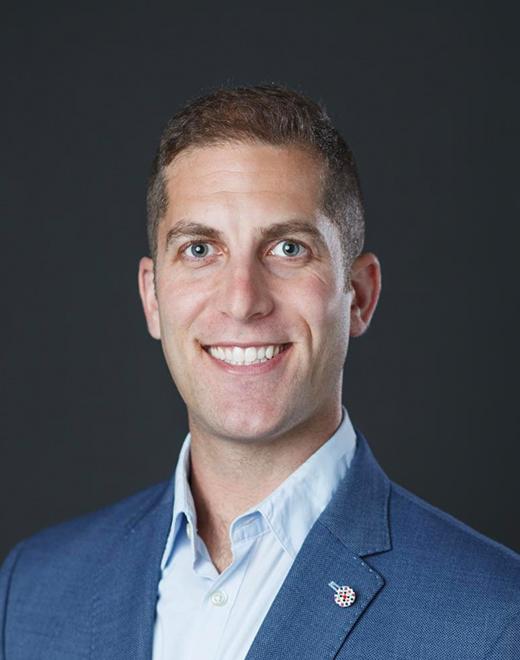 Dr. Martin Spiro completed his doctorate of optometry at the University of Montreal in 2014. He was the recipient of the Optometric Association’s prestigious student of the year award. Dr. Spiro holds a bachelor of science in human physiology from McGill University, where he also completed an internship in cancer research. In the optometric field, Dr. Spiro’s clinical research was honored by the Allergan Society’s prize of excellence. With strong passion for eye care and an emphasis on inter-personal skills, Dr. Spiro is an active participant in the optometric community. He is the current representative for the province of Quebec at the Canadian Association of Optometrists and was recently named by Johnson & Johnson as one of Canada’s top 40 optometrists under 40. Dr. Spiro enjoys providing vision care to the west island community of Montreal at Optika Eye-Care Center. He also shares his time with the Montreal Association of the Blind (MAB-Mackay) working with patients suffering from visual impairment and has collaborated in humanitarian efforts travelling to South-America to provide eye-exams.

Dr. Allison Scott graduated from the University of Waterloo in 2006. She has been practicing in the Halifax area since graduation and enjoys working in a family practice, sometimes seeing multiple family generations. She has also recently started a specialty contact lens practice. Dr. Scott has been on the NSAO council since 2011 and has served many roles, including president. Dr Scott has served on their public education and continuing education committees. She is also an official with Skate Canada and enjoys volunteering at local events in the capacity of figure skating judge. 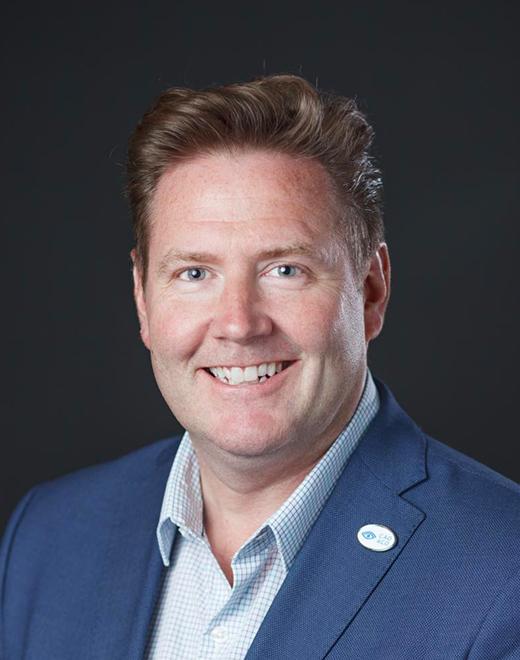 Dr. Michael Nelson received his Optometry degree in Waterloo, ON and completed a family practice & low vision residency at the University of Alabama in Birmingham. He served as the continuing education chair for the Manitoba Association of Optometrists (MAO), and was the president of the MAO from 2000-2003. Recently he was the co-chair for the Canadian Association of Optometrists Congress hosted in Winnipeg in 2011. His interests lie in low vision, contact lenses and management of ocular diseases. He loves to keep up-to-date on the latest in ocular research, diagnostic equipment and lens technology. Dr. Nelson is also the clinical director of Eye Canada, a center dedicated to eye research and helping individuals with vision impairments. 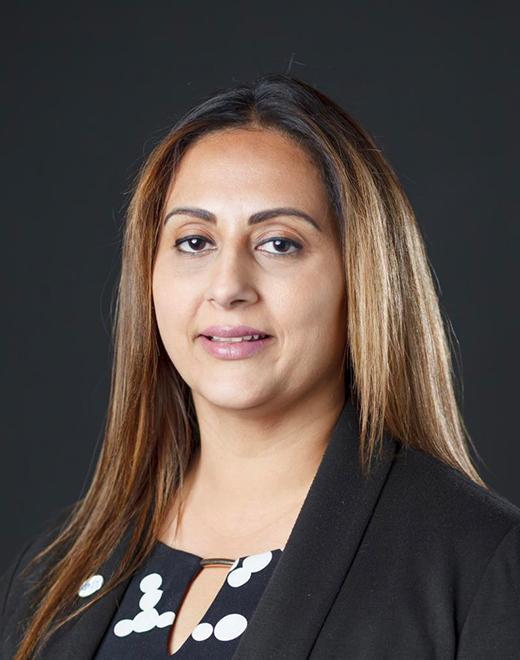 Dr. Surjinder Sahota graduated from the Doctor of Optometry program at the Illinois College of Optometry (ICO) and was then accepted into a prestigious residency program at the Illinois Eye Institute in Ocular Disease/Primary Care. She had the unique opportunity to work with world renowned ophthalmologists from the University of Chicago. After completing her residency, Dr. Sahota went back to her hometown of Williams Lake to practice. Dr. Sahota has served on the board of the British Columbia Doctors of Optometry since 2008, including serving a term as President. She has a passion for public education and has worked with the public relations committee in helping educate patients about the importance of eye health and preservation of vision. 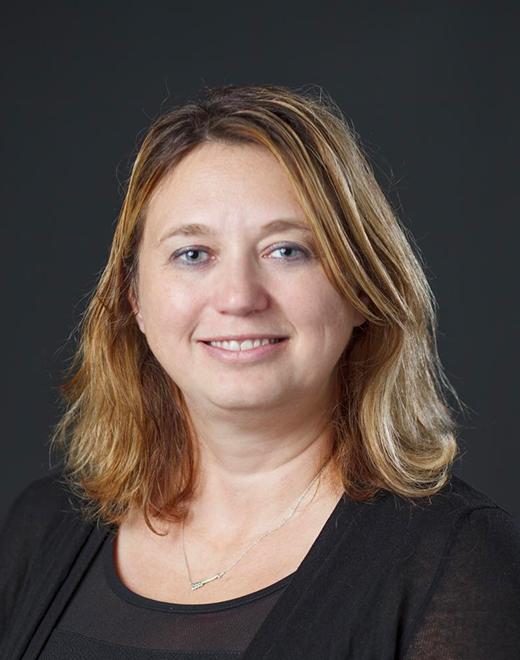 Dr. Kim Bugera graduated from the University of Waterloo School of Optometry and Vision Science in 1996, the recipient of various awards, scholarships and honours. In addition to serving on the Board of the Alberta Association of Optometrists, Dr. Bugera was an active member of the council for the Alberta College of Optometry, including serving a term as President. Dr. Bugera spearheaded the efforts of the Boyle McCauley Health Centre Optometry Clinic to help those less fortunate in downtown Edmonton, and has shared that passion for helping others through her involvement in vision care missions in more than ten developing countries, including Kenya, Peru and the Philippines. 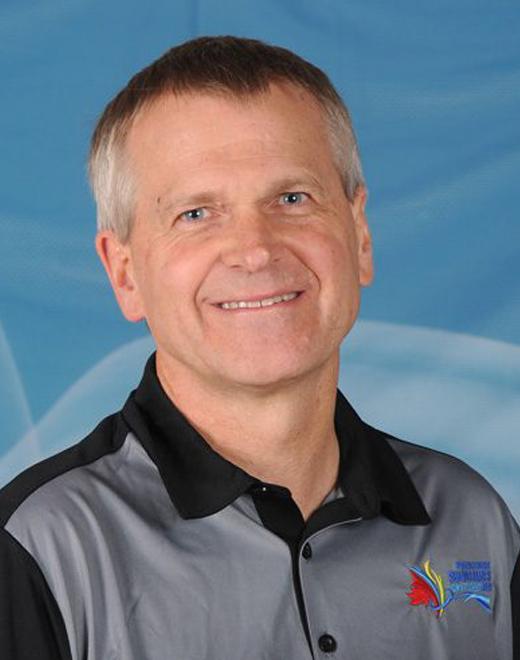 Dr. Craig Menzies graduated from the University of Waterloo in 1986 and returned to his hometown of Swift Current, Saskatchewan to practice with his father.  Following his father’s retirement, Dr. Menzies practiced for ten years as a solo practitioner, until joining other solo optometrists in the city to form Swift Current Vision Care in 1999.  Dr. Menzies sold his practice in January 2021 and retired in April, 2021.  He has served the Saskatchewan Association of Optometrists on several committees, including Appraisals, Discipline and the University of Saskatchewan Senate.  Dr. Menzies has been very involved with the Kiwanis and KidSport organizations for more than 25 years, in addition to a number of other volunteer groups. 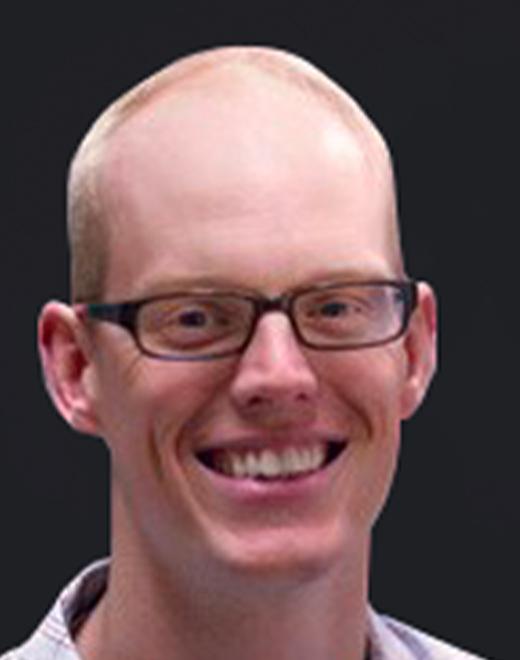 Dr. Luke Small graduated with a BSc in Environmental Science from Texas Christian University and his Doctorate of Optometry from the University of California Berkeley School of Optometry. Upon graduation from Berkeley, he returned to Canada for two years before returning to the  United States, practicing in Santa Barbara and gaining valuable experience working in numerous different modes of optometric practices including private, corporate, refractive surgery and hospital-based optometry. He also served as the president of the Tri-County Optometric Association (a chapter of the California Optometric Association). Dr. Small returned to Canada in 2007, continuing the nearly 100 years of optometric service that Armstrong and Small Eye Care Center has provided to the Winnipeg community. A volunteer with the Volunteer Optometric Services to Humanity (VOSH), Dr. Small has been involved with trips to Peru, Philippines, Ukraine, and Baja Mexico. He was voted ‘Optometrist of the Year’ by his fellow Manitoba Optometrists for his volunteer work with Canadian National Institute for the Blind (CNIB), Siloam Mission, and the Manitoba Association of Optometrists (MAO). He currently serves on the board of the provincial chapter of the CNIB. As a member of the Manitoba Association of Optometrists, Dr. Small sits on the Public Relations and Communications committee and serves as the provincial liaison to the CNIB. 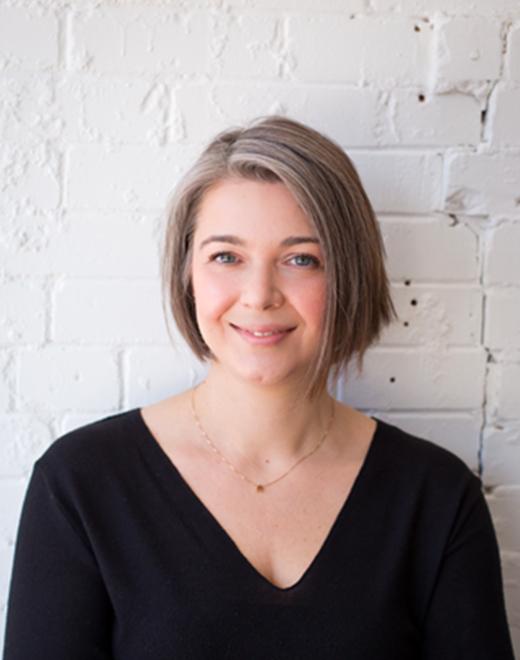 Dr. Agata Majewski attended Western University where she obtained her BSc. in Biology. She then received her Doctor of Optometry degree from Indiana University in 2007. She has served on the Board of the Ontario Association of Optometrists since 2018 including a term as a Chair of the Board Development Committee. Dr. Majewski currently practices in Toronto and is passionate about helping patients with dry eye as well as improving lives through Vision Therapy. 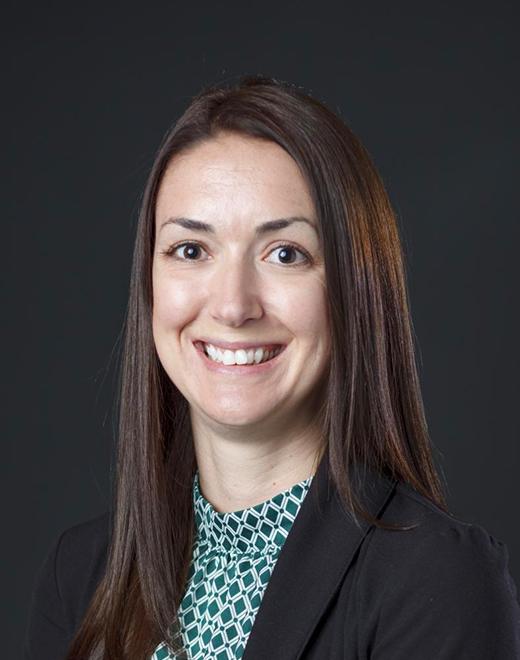 Dr. Alanna Stetson graduated with a Bachelor of Science degree from the University of Prince Edward Island in 2008, completing her Doctorate of Optometry at the University of Waterloo and Vision Science in 2012. She has been practicing in Summerside, PEI since her graduation. Dr. Stetson has been a member of the Council for the PEI Association of Optometrists (PEIAO) since 2013. She served as the PEIAO secretary for six years before becoming the PEI representative to CAO Council. 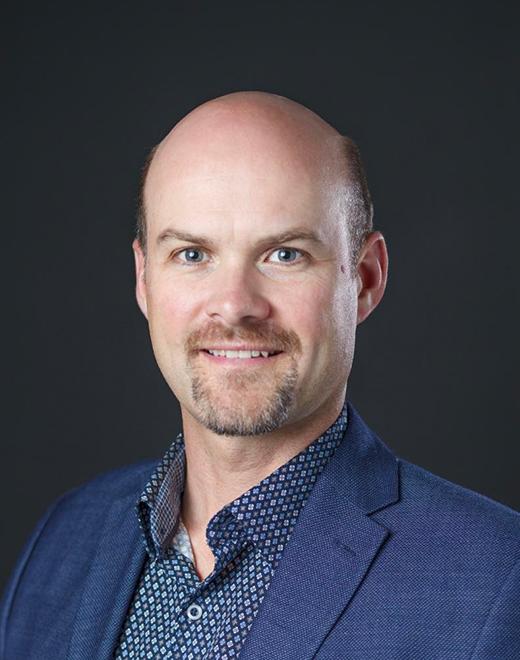 Dr. Patrick Kean graduated from the University of Waterloo in 1997 and returned to Newfoundland, currently practicing in Gander, Newfoundland. Dr. Kean joined the Board of the Newfoundland and Labrador Association of Optometrists Board in 1998, serving more than 12 years serving in all positions, including President. He returned to the Board in 2017 to serve as the CAO Council representative. Currently past President of the Gander Rotary Club, Dr. Kean enjoys many outdoor and sporting activities. 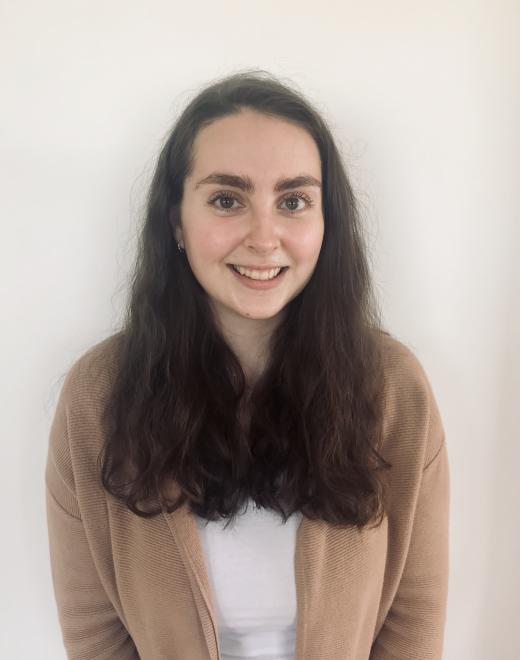 Marianne Galibois will complete her doctorate in optometry at the University of Montreal in 2023. In addition to being  student representative on the Council, Ms. Galibois is president of the Montreal chapter of the Canadian Association of Optometric Students. She has a keen interest in the promotion of optometry and the collaboration between optometrist colleagues from different provinces. Very interested in accessibility to health care, Ms. Galibois has also volunteered with the Collaboration Santé internationale organization for many years. In the future, she wants to facilitate improved access to eye care. 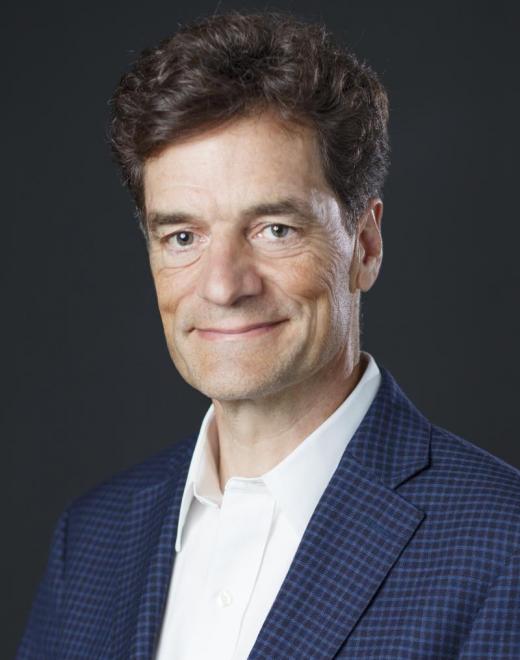 François Couillard was born and raised in Sherbrooke, Quebec. Early in his professional career he worked for Johnson & Johnson in various progressively responsible Sales and Corporate Marketing management roles before moving to MDS Nordion in senior roles in Canada and Europe, including as General Manager for the MDS European Operations in Belgium. After various executive roles at the Canadian Red Cross and VON Canada, along with running a successful management consulting practise largely focused on business innovation and organizational mentoring, he moved to become the CEO of the Canadian Association of Medical Radiation Technologists, a role he held since 2013. François is pleased to continue to work in the area of health care, where his deep advocacy, stakeholder engagement and marketing/communications expertise can continue to be leveraged on behalf of eye health and vision care in Canada. He also serves as the Co-Chair of HEAL (Organizations for Health Action). François graduated from the University of Sherbrooke with a Bachelor of Engineering (Chemical Engineering), and from McGill University in Montreal with an MBA in Marketing and International Business. He is also a Certified Management Consultant (CMC).